In the second of a series of public art projects entitled Redefining Open Space, Greenfield and Moses continued to tackle the issue of quality open space in a district undergoing intense development pressures.

They decided “Redefining Open Space, Phase 2” should draw attention to the need for actual green space in their neighborhood and the South Boston Waterfront. What makes a city habitable for residents? Is the space between highway ramps “open space”? They also wanted to comment visually on the way new developments seem to undervalue public spaces and the creation of places for repose in the city

Using old Styrofoam collected on the Boston Harbor Islands, they built a floating park. This small isolated green oasis was intended to evoke a mirage, a symbolic representation of an idyllic public space. “We thought of it as a sanctuary that floats alone. Inaccessible to the public, it is a metaphor for the absence of quality, usable open space in our neighborhood.” stated Greenfield and Moses. 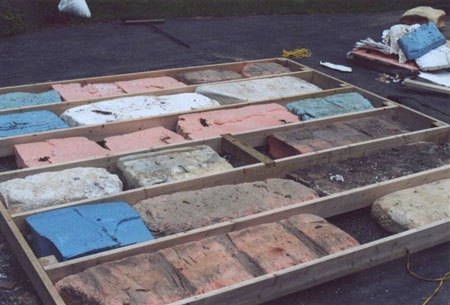 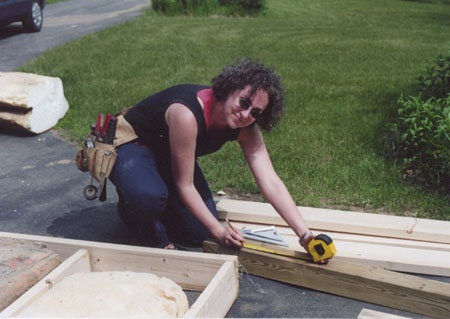 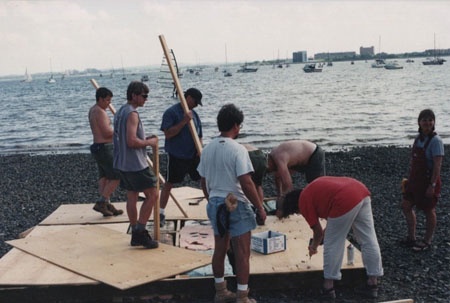 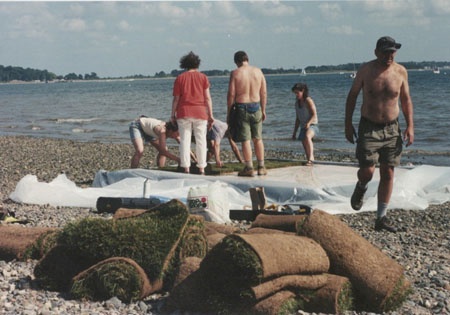 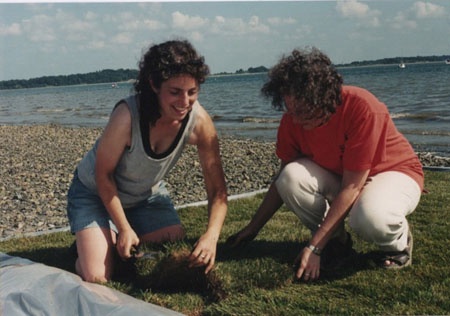 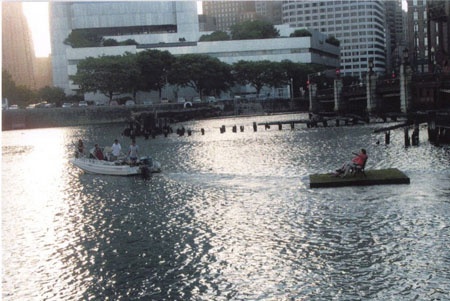 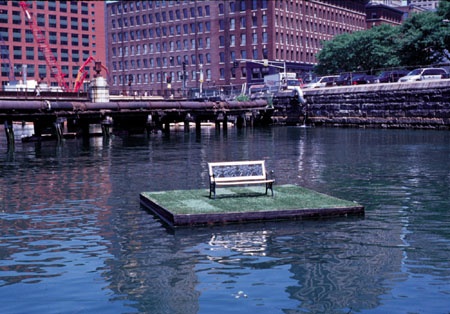 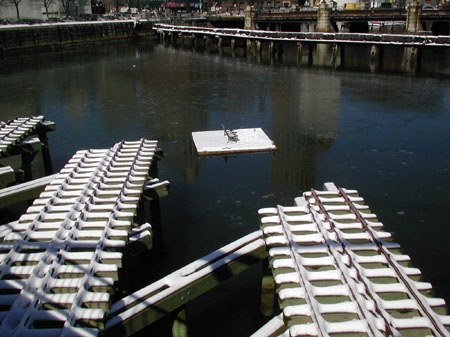