Lisa Greenfield and Jennifer Moses, both painters in the Fort Point Arts Community, began their artistic collaboration as a response to their shared concerns over the impending development and gentrification of the Fort Point Artist Neighborhood and the lack of a sensitive and imaginative long-term neighborhood plan.

After attending numerous public meetings with City of Boston officials and participating in the public process it became evident that city planners and the general public have very different perceptions of what constitutes open space. The city planners included streets and sidewalks in their counts for open space. This seemed contrary to the popular understanding of the term. After being asked many times to be precise when using the term “open space”, city officials continued to be unclear and misleading. Illuminating the different perspectives between city planners and the public fueled their artistic intentions. With the support of the Fort Point Cultural Coalition, and the energy behind the Public Art Series, they devised two installations to bring attention to the plight of the neighborhood and the issues surrounding the definition of open space.

At 4am on May 14, 2001, with over a dozen supportive artists and neighbors, Greenfield and Moses installed over 5000 sq. ft. of sod on the sidewalk of the Summer Street Bridge, creating a seamless carpet of grass. “Redefining Open Space” represented a poetic meeting of the two definitions of open space: the city’s sidewalk and the neighborhood’s park. The large scale of the piece created a formal beauty that affected the public consciousness and drew attention to this paradox. 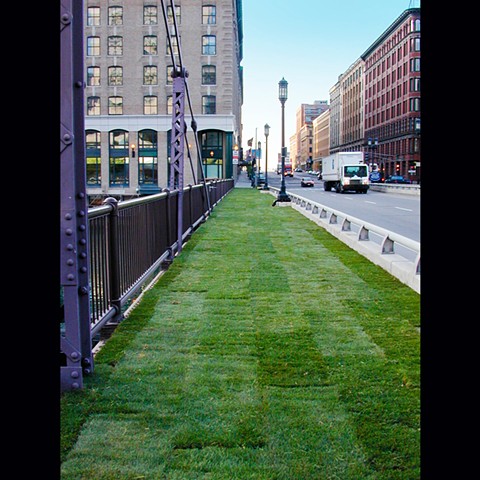 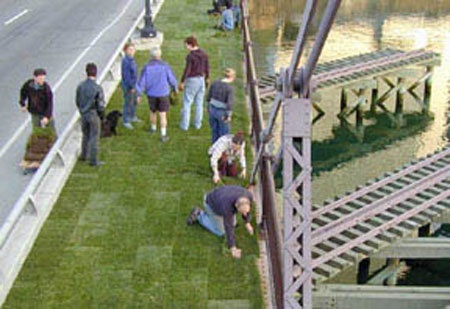 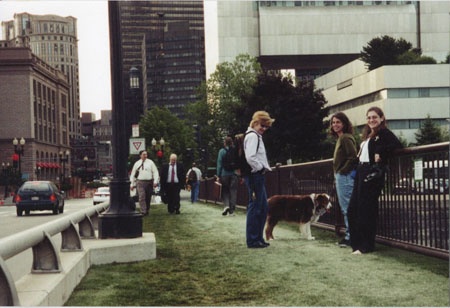 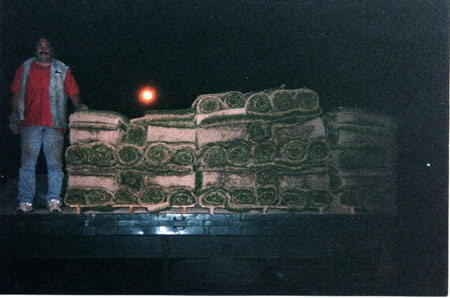